RecruiterU provides a variety of programs based on your needs and live training events to build community as well as to get your out of the office working on your business to develop clarity and momentum. Learn more now.

For the past ten years RecruiterU has helped hundreds of solo recruiters and recruiting firm owners grow their recruiting practices, become trusted advisors, and put an end to roller-coaster revenue. Schedule a call with one of RecruiterU’s Growth Specialists to learn how they can help you gain more money and freedom in your business.

It is impossible to contact everyone in your database every week or even every month. Email marketing is the best way to add value, stay top-of-mind, and sell more recruiting services. RecruiterU provides email marketing and blog newsletter services to attract more clients and candidates to your website. 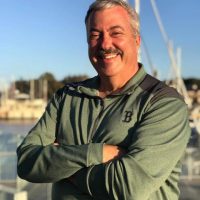 Michael Gionta opened his firm in early 1990. Between 1990 and 1996 Michael cashed-in a mere $1 million as a billing manager. Frustrated, and wanting more, he drastically changed his approach to both the client and candidate side of the business. The result? Michael cashed in over $5.6 million between late 1996 and the end of 2001, when he came off a desk. During that time frame he ranked as a top 10 billing managers three times, ranking as high as second in 2000 with cash in on his desk in excess of $2 million.

In 2001 Michael made the strategic decision to grow his firm instead of developing his individual recruiting practice. Training his team on the techniques that launched him, he developed an office that ranks in the top 3% of offices. He was ranked the eleventh fastest growing IT search firm in the country.